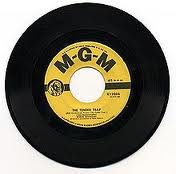 Remember this?  It’s a 45… a single… a record.  I found a pile of them in my basement shoved in a milk crate packed too full with my father-in-law’s albums.  I was thrilled to be reunited with my old friends.

The time I spend in my basement is a disproportionate pie chart with very large slices being served for laundry, sweeping up sawdust and sighing about the number of unused “items” that create a continually narrowing path past the treadmill on which we park our bikes through to the storage room where 40 gallons of the previous owner’s paint waits for the trip to the recycling bin.  There are mini morsels for being the singer in our basement band and finding cool stuff that I had forgotten about. 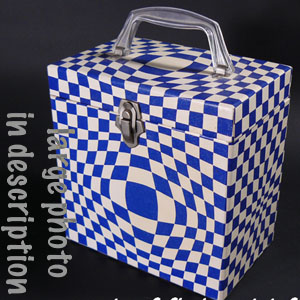 And there were loads of them.  They were the fruits of my labor, purchased with allowance money or birthday funds.  Sometimes I received them as gifts.  I can’t remember all that I had.  Now, the pile includes about 10 or so, all from 1979 through 1983, including “My Sharona” from The Knack and “Genius of Love” by the Tom Tom Club.  These songs are on my iTunes now, but I love that I still have them on 45s.

I wish I could remember my first 45, but it was likely some well-crafted pop masterpiece by The Partridge Family (I started young) or the Jackson 5.  Whatever it was, it is long gone.  I probably sold it for ten cents at a garage sale ages ago.  Perhaps it’s in some record bin in an antique store right now.  Apparently, when I was 11, I had no idea that finding these bits of treasure would make my night in my 40s.

3 thoughts on “Treasure lies in wait in my basement”