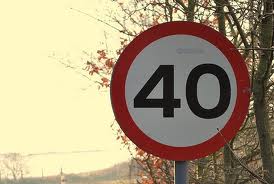 The number may change but the forces of change do not.

This general topic has been in my head for about a week, and I wanted to write about it but couldn’t find an anchor for the concept. There’s that great line from the Talking Heads song that goes, “How did I get here?” But what I’m experiencing is slightly different from that.

Today I saw this piece in the New York Times about the difference in how people remember themselves from the past and how they perceive their future selves. It’s interesting, though probably not surprising, that studies show that people tend to have a better handle on who they used to be versus the person they will be. The gist is that people underestimate how much they’ll change over the course of a decade, even into their 60s, after they’ve had several decades of experience as an evolving adult.

Here I am at midlife, and I’m a bit baffled by the idea that, like I did when I was nearing my twenties, I need to consider what I want my future to entail. When I was decades younger, I didn’t really think much about being in my 40s, but when the fleeting thought did pass through my mind, I pictured a fairly static and stable lifestyle that I could ride out through my remaining years. Now I realize that this isn’t the case.

For example, as a 40-something, I need to think about my lifestyle (career, educating kids, geography and a whole bunch of other stuff) and how I want to guide it as I become more “mature.” There is the whole retirement thing, but there is also the idea that perhaps I don’t need to be tethered to a particular market (or climate). My concept of the best kind of lifestyle has changed as I’ve worked a family into the mix and developed richer personal interests. My values have also changed, and I want those to be reflected in my life’s work, both the paid and unpaid.

I had a similar decision to make when I chose a college major, and my parameters were different… and so were my influences. I had fewer responsibilities to others, but I also came of age in the 80s, when opportunity had a different ring to it. My parents played a big role in guiding me, and their own experiences colored their perception. Like many people, if I was sitting in front of that book of majors right now, I’d probably make different choices. But given the input I had back then – from myself, my family and the world around me – I can see how I came up with what I did.

One of the points people make in the comments following the New York Times piece is how personality doesn’t change over time. How does that account for the development that takes place in people over time? I think it’s all about context. The core of my values were the same, but how they manifest themselves in my life has changed over time. So, it’s possible that I am made of the same “raw materials,” but time puts us in different situations, teaches us, provides us with different experiences and brings different influences into our lives.