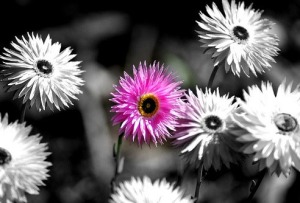 Remember that Coca-Cola ad from the early 70s featuring the song, “I’d Like to Teach the World to Sing”? This latest one from the Super Bowl captures that same spirit, and I find myself both skeptical and touched by it.

When I saw the ad during the Super Bowl, I didn’t register what was really happening. The song starts off in English, and I was at a party where people were talking, so I didn’t actually hear that there were parts sung in foreign languages. And why would I take special note of the various cultures represented visually? We are, thankfully, well past the point when seeing people with different skin color, hair and clothes draws attention.

So when I viewed the commercial yesterday as a result of all of the buzz, my initial reaction was to dismiss it as a ploy. But then I remembered the old commercial from my childhood — the one with “I’d Like to Teach the World to Sing” — and I thought about what might have been behind this idea.

We live in a time that seems less conformist but also more polarized than that of my childhood and the preceding decades. Although we hope that it’s because people are more open-minded about differences now, I think that what is considered acceptable behavior has shifted. Previously, a racist comment uttered at the office or in line at the grocery store might have been met with tentative uncommitted nods or obligatory silence by people who disagreed. Now, those making the comments are outing themselves as ignorant — even if their intended audience only thinks so because of how inappropriate such remarks are. Prejudice will always exist, unfortunately, though not necessarily along lines of race or nationality. There seems to be plenty of prejudice today about political parties and religion, among other things.

What struck me about the Coca-Cola commercial is how they motivated themselves to do something so bold. Obviously, they know that their money will come from a more diverse population from here on out. Those who complained on social media that “America The Beautiful” is our national anthem and that Coca-Cola blasphemed by having it sung in different languages are in the minority. (Let’s not be prejudiced against their intelligence, though. Chances are that their initial outrage got the best of them, and they really do know what our national anthem is.)

Still, it was a risky move — people who support the old status quo are very loud. Perhaps Coke’s execs were inspired by the Cheerios ad from earlier this year that featured a bi-racial family. Maybe they just wanted to be talked about… after all, they paid good money for that spot.

I’d like to think that there was a creative type sitting in his or her office several months back who had this idea… to extend the brand’s history of unity vs. division and bring it into the present in a way that is obvious and unafraid. It’s not enough to teach the world to sing anymore. We need and want unity on a different level. It would be wonderful if someday acceptance could go beyond race, nationality and culture to include those who feel more intensely, struggle in ways that can’t be defined by our narrow definition of disability and just happen to think differently.

We’re not there yet. In our schools, conformity is a sought-after quality in many ways, from test scores to fashions. The Disney Channel may feature ethnically diverse casts, but they are funneling kids in one direction (no pun intended) when it comes to things like behavior, respect (for self and others) and personal choices. Any parent raising a child who “marches to their own beat” knows what it feels like to walk the tightrope of supporting their need to be who they are and the desire to protect them from others’ opinions.

The irony is that while we want our pop culture to celebrate differences, we aren’t entirely ready to bring them into our day-to-day world… even we GenXers whose legacy of skepticism is strong.

The lyrics from Rush’s “Subdivisions” — conform or be cast out — remain relevant, but maybe less so than they used to be, which would be a very good thing. I hope a company like Coca-Cola knows that to the rest of us, acceptance is about more than selling soft drinks.